The Texas school shooting has reignited the debate about gun control in the United States.

While many people are focusing on the role that guns played in this tragedy, there are other important factors that need to be examined.

In this blog post, we will take a comprehensive look at the seven things that went wrong during the Texas school shooting.

What We Know About the School Shooting in Uvalde, Texas

On May 24, 2022, a gunman opened fire at Robb Elementary School in Uvalde, Texas, killing 19 children and two teachers.

The incident marks the deadliest school shooting since the 2012 Sandy Hook massacre, and has once again reignited the debate over gun control in the United States.

While some proponents of stricter gun regulations argue that such tragedies could be prevented if firearms were more tightly controlled, others maintain that the Second Amendment protects the right of Americans to bear arms.

In the wake of Tuesday’s tragedy, it is clear that both sides of the debate will continue to make their case.

However, with 21 more innocent lives lost, it is also clear that something must be done to address the issue of gun violence in America.

What We Know About The Texas School Shooting

Most of The Victims Were Kids

The school shooting that took place yesterday has left the entire community in mourning. Among the victims were 19 children, many of whom were extremely close cousins or friends.

Eva Mireles, a fourth-grade teacher, was also killed in the shooting. Amerie Jo Garza, 10, was one of the youngest victims.

Her father described her as a happy child who loved to make jokes. The shooting has deeply affected everyone who knew and loved these victims.

The gunman Shot His GrandMother

A shooting at Robb Elementary left at least 21 people dead and a community seeking answers.

The gunman, who was identified as Salvador Ramos, 18, shot his grandmother in the face and left her wounded in her home before crashing a pickup truck through a barrier outside the school, the authorities said.

The grandmother contacted the police before she was taken to a hospital. Officials said Mr. Ramos then entered the school and opened fire, killing 19 children and 2 teachers.

Mass Shooting Has Become too Common in The US

Sadly, the pattern of devastating mass shootings in the United States continues. The most recent shooting is one of the deadliest school attacks on record.

It is also one of more than 200 mass shootings to have been recorded in the United States by May 2022.

As a nation, we must do better to prevent these senseless tragedies from occurring. We must come together to find solutions that will make our communities and our schools safer for everyone.

Only by working together can we hope to put an end to this cycle of violence.

Gun control is again in the spotlight

With the Texas school shooting, gun control is once again at the forefront of the national conversation.

For many people, this tragedy highlights the need for stricter gun regulations. They argue that if guns were more difficult to obtain, such shootings would be less common.

Others maintain that the Second Amendment protects the right of Americans to bear arms and that any attempt to regulate firearms would be a violation of this right.

The debate is sure to continue in the days and weeks to come. However, it is clear that something must be done to address the issue of gun violence in America.

The Robb Elementary Shooting: 7 Avoidable Mistakes to Learn From

Let’s examine the events leading up to the Robb Elementary Shooting.

1. The door was Left Unsecured

At 11:27 a.m. Tuesday morning, a teacher at Robb Elementary School propped open a door to the building, according to Steven McCraw, director of the Texas Department of Public Safety.

One minute later, the gunman crashed a vehicle into a ditch nearby. The teacher ran to one of the classrooms to retrieve a phone and then walked back to the exit door, which was still propped open.

Meanwhile, two men at a nearby funeral home heard the crash and went to the scene, where they saw a man with a gun and backpack exit the vehicle.

The men immediately began running as the gunman shot at them, McCraw said. They were not shot.

The gunman then entered the school through the door that had been propped open and made his way to a kindergarten classroom, where he shot 19 students and 2 teachers.

2. No school resource officer on site

In the wake of the shooting, it was revealed that there was no school resource officer on-site at the time of the incident.

This lack of security may have contributed to the high number of casualties. It is not yet clear why there was no school resource officer on-site at the time of the shooting.

By not having law enforcement presence at the school may have made it easier for the gunman to enter the building and begin his attack.

It also meant that there was no one on-hand to immediately respond to the incident and stop the shooter.

3. Multiple calls came in from inside the classroom

According to reports on the ground at the time, multiple calls came in from inside the classroom during the shooting.

Initial intel gathered by police at the scene thought it was not an active shooter situation, but a barricaded subject situation.

The first call came in at 12:03 p.m., and the teacher reported that there were eight to nine students who were alive.

All the calls reported a similar situation: the shooter was inside the classroom, and there were several students who were still alive.

Yet with all this information, police did not enter the classroom more than an hour after the shooting began.

4. Officers’ Decision to Wait is A Source of Frustration For Many

After the tragic shooting at Robb Elementary School in Texas, Steven McCraw, director of the Texas Department of Public Safety, admitted that the decision to wait before breaching the doors to the school was “wrong.”

He said that in hindsight; it is clear that the decision led to unnecessary loss of life.

McCraw stated that he believes the officers should have breached the doors as soon as they received the call from the school’s janitor.

He also said that the department is currently investigating the incident and working to determine what could have been done differently.

Waiting to breach the doors was not the only mistake made by the officers on the scene.

According to reports, the officers also failed to follow active shooter protocol when they entered the school.

Active shooter protocol dictates that officers should enter the building immediately and move towards the sound of gunshots to eliminate the threat.

However, in this case, officers waited outside the school for over an hour before entering. This failure to follow protocol likely contributed to the high number of casualties.

It is clear that there are many things that went wrong in the Robb Elementary School shooting.

From the door being left unsecured to the officers’ decision to wait outside the school, it is evident that there are several areas in which the response could have been improved.

We can only hope that in the future, law enforcement and school officials will be better prepared to handle these types of situations.

6. Police believed this was a barricaded-suspect situation and not an active shooter

In the aftermath of the school shooting, there has been much discussion about the decisions made by the school district’s police chief.

According to reports, the chief believed that there was no longer an active threat and that the situation at the school was a barricaded-suspect situation.

This was while multiple students called 911 reporting injured children. The chief has come under fire for his decision to not immediately enter the school, and terminate the threat.

7. Lack of Communication by 911 Operators

This error caused a lot of confusion and ultimately led to miscommunication with officers on the ground.

Because of this error in communication, valuable time was lost in responding to the incident.

The Uvalde Consolidated Independent School District will probably implement a new 911 system that will direct all calls from district schools directly to their dispatch center.

This will help to ensure that, in the event of an emergency, responders will be able to quickly and efficiently route calls to the appropriate agency.

What we can law enforcement do differently?

In the wake of this tragedy, it is clear that there are many things that law enforcement and school officials can do differently.

From better communication to more effective active shooter training, there are a number of changes that could be made to improve the response to these types of situations.

We can only hope that in the future, officials will be better prepared to handle these types of emergencies.

Our hearts go out to the victims of this tragedy and their families. We hope that in the wake of this tragedy, something good can come from the changes that are sure to be made in the way that law enforcement and schools handle these types of situations. 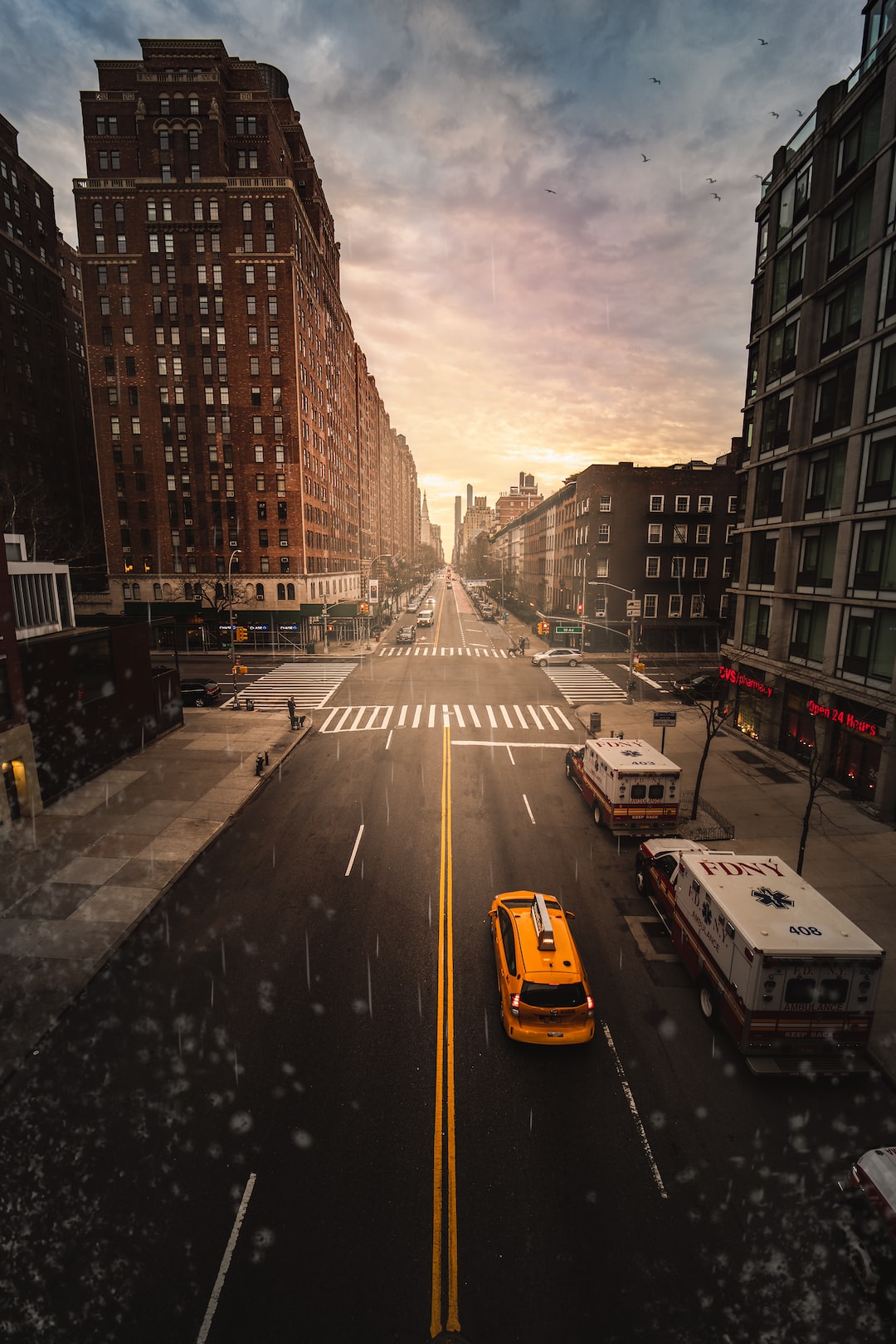 Is Pepper Spray Legal In NYC? 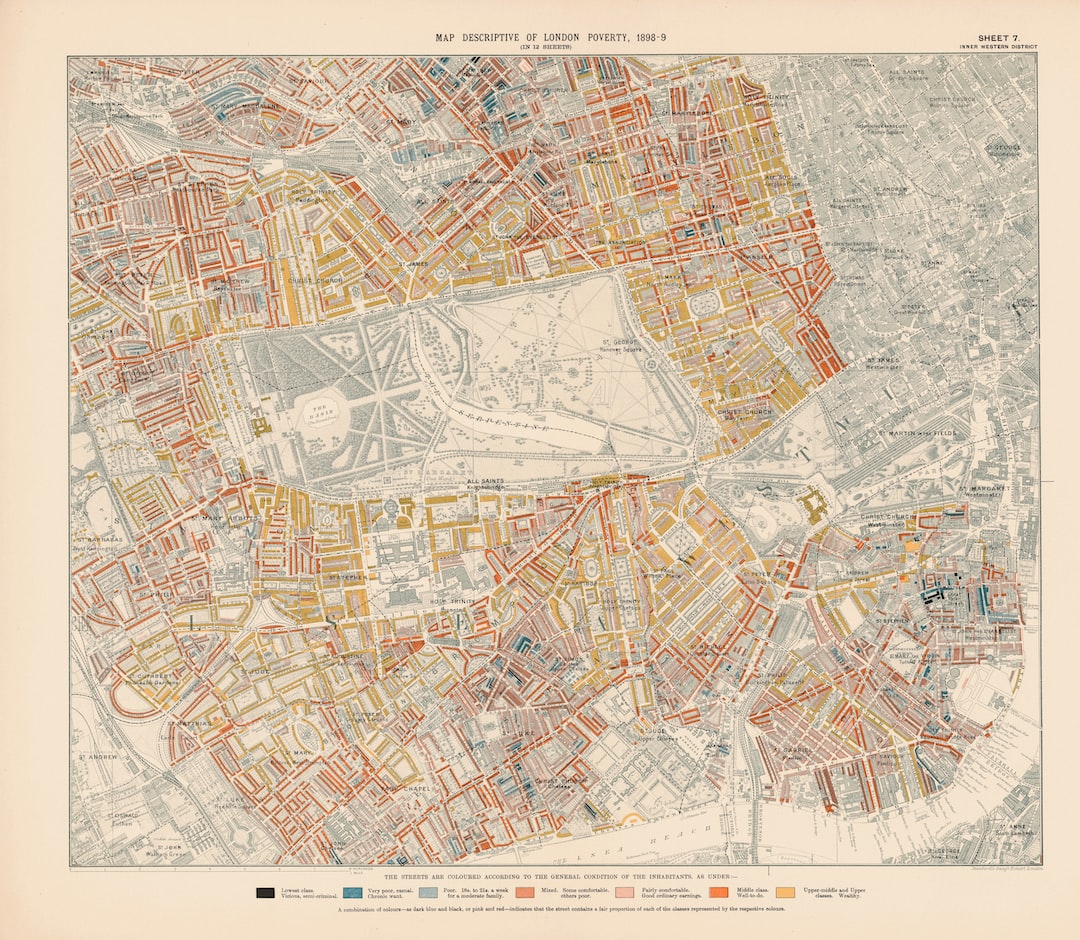 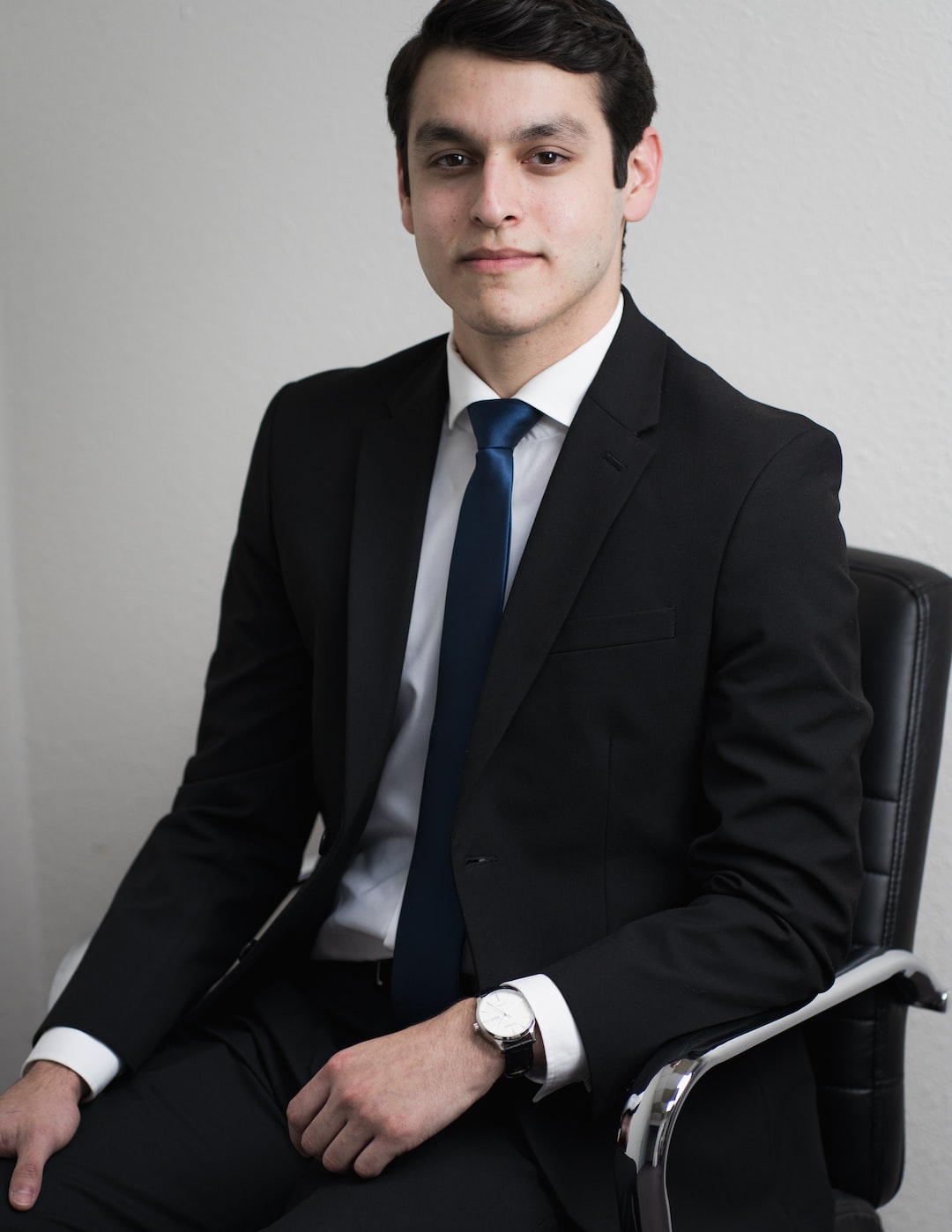 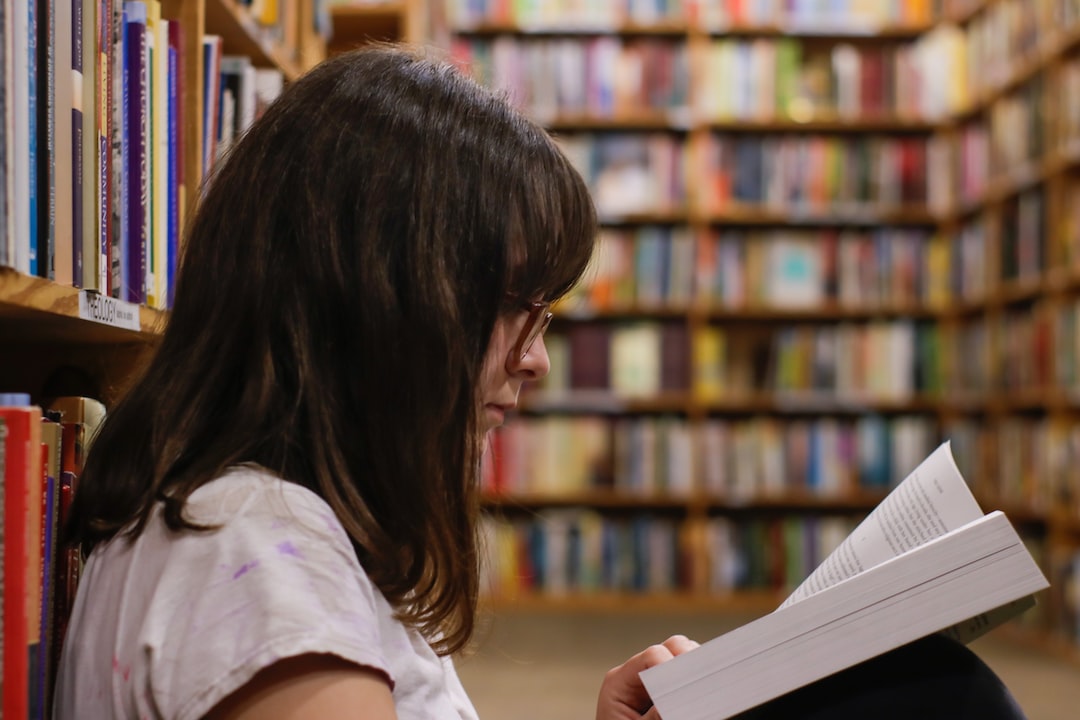 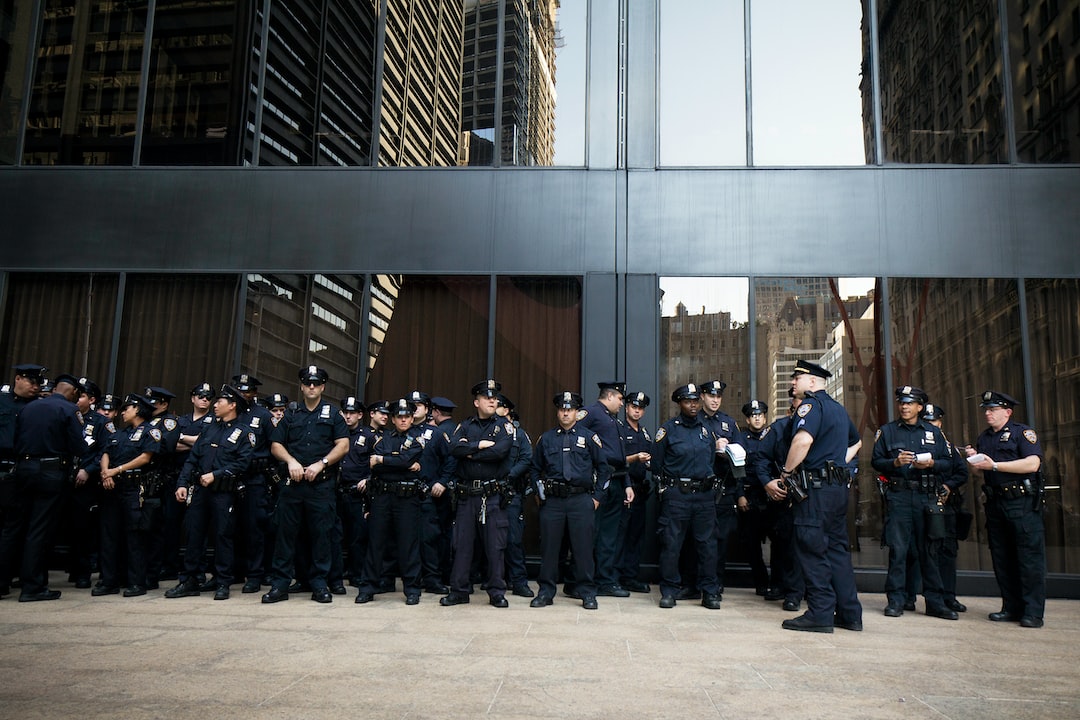 How to Find the Nearest Police Station Near Me Quickly 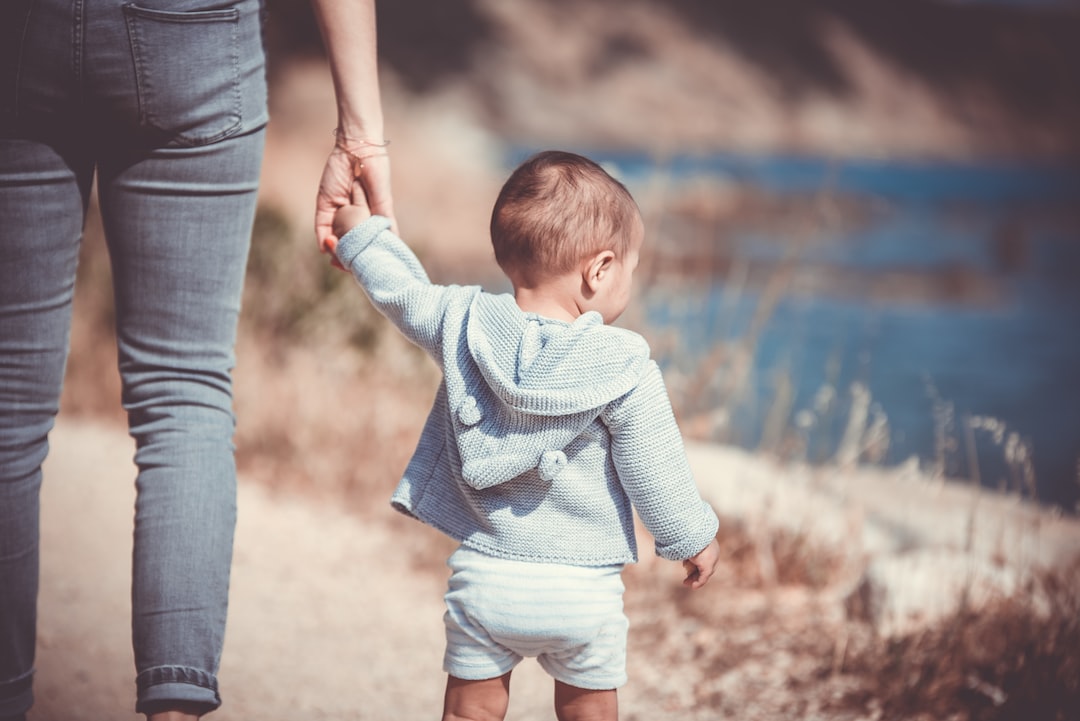 Stop Paying Child Support (The Secret You Need to Know)

Is Pepper Spray Legal In NYC? 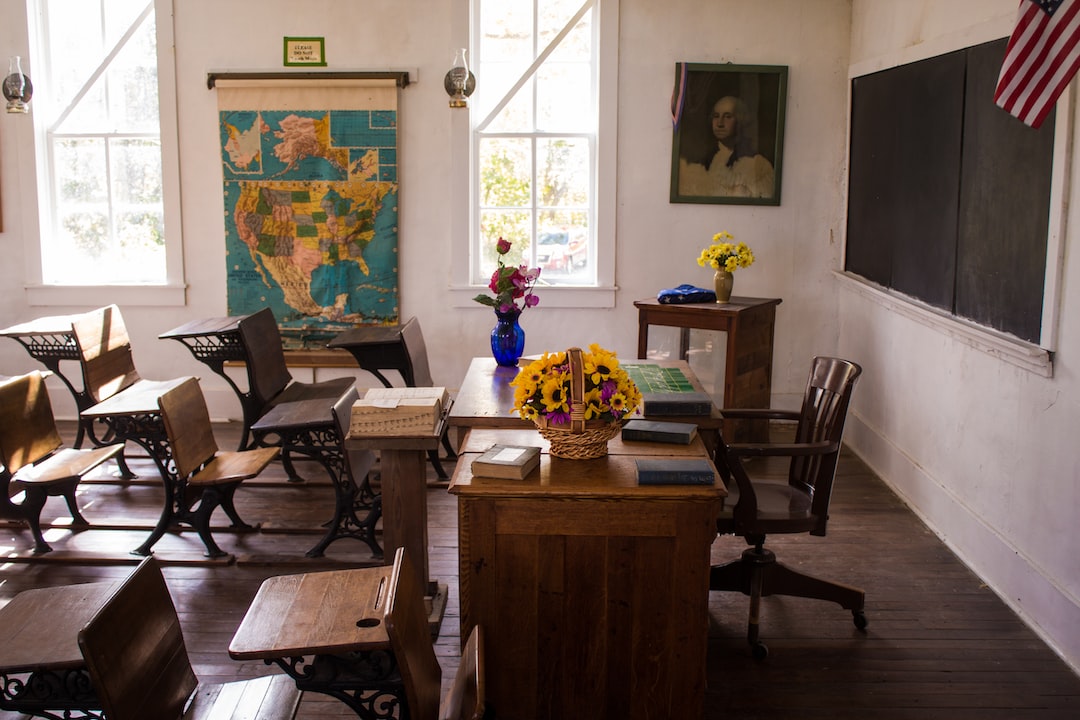 The School Shooting Epidemic: 17+ of the Worst Shootings in American History