How to become a swat team officer

The interest of becoming a SWAT Team officer has spiked over the years as countless positive portrayals in Hollywood TV films, which sometimes introduce a very heroic figure running into very Ultra Risky situations to apprehend a gun toting fugitive holed up in a sleazy motel.

Police Special Weapons And Tactics (SWAT) teams have an air of mystery and mystique about them That has been fed to the public by hyper sensationalizing TV Shows in which footage are shown with team members bursting into a smoke filled house & capturing the bad guy.

Like the US Military, SWAT team members are attached to the terms bravery & heroism. SWAT team officers are usually considered the elite of the elite in their respective police agency. They enter dangerous situations with sometimes armed individuals laying in wait.

WATCH The Most Elite SWAT Team on The Planet (LAPD)

In many agencies, in order to become a SWAT officer, you must move through the
promotional leader. These requirements are mandatory to even be considered as SWAT member candidate.

What Do SWAT Officers Do?

The Top 8 Quickest ways to join the SWAT Team:

How Much Money Do SWAT officers Make?

*Upon completion of the academy and FTO, A 1-2 year experienced officer is eligible to interview for a spot on the SWAT team. requirements vary from agency to agency.

** members have an average yearly salary of around $65,400 according to the US Bureau of Labor Statistics however salary vary by agency.

More From Outside The Badge

Click below to search for police jobs near me. Browse jobs by city/county or zip code

How to become SWAT Team Member

The Special Weapons and Tactics Team (SWAT) depending on the police agency normally consists of around 30-50 Police Officers that provide specialized services in support of a Police Department’s mission. The main goal of the SWAT Team is to provide protection and safety for innocent civilians and Police personnel while reducing the possibility of injuries or death at high risk incidents.

Organizationally, the SWAT Team depending on the size of the agency is comprised of a one Lieutenant, 3-4 Sergeant, 25-30 SWAT Officers and six Marksman. The SWAT Team reports directly to the Criminal Investigations Division’s Commander.

Every SWAT Officer has a primary duty in the  Police Department, such as; a Road Patrol Officer, School Resource Officer, Detective, Motorcycle Officer etc. The Officer’s assignment to the SWAT Team is voluntary and is an additional responsibility to their normal duties.

Incidents in which the SWAT Team (also known as the Special Response Team – SRT) is needed:

SWAT COMMANDER: The SWAT Commander is responsible for presenting tactical operations for the safe resolution of an incident. Additional responsibilities range from the selection and training of a SWAT Officer to maintaining administrative and logistical records.

TEAM LEADER: The Team Leader is a senior SWAT Officer who has been selected to command the entry team in a high risk situation.

TEAM MEMBER: An Officer trained in the use of special weapons and tactics who is utilized in various capacities which include: inner perimeter security, building entry and suspect apprehension, hostage rescue, team security, delivery of chemical agents, anti-sniper techniques, dignitary protection.

SCOUTS: A two man team that is sent out ahead of the main body of the team to ascertain any information that will assist in the safe deployment of the team.

UTILITY MAN: The Utility Man carries additional equipment and a fully stocked back pack and is considered Rear Security for the team. He is armed with a shotgun to deploy chemical weapons and breaching rounds.

BREACHER: Team members that are responsible for forcibly opening secured doors and clearing blocked avenues of entrance for the SWAT team to make their entry.

MARKSMAN: A SWAT Officer trained in the use of a scoped rifle.

The average salary for s.w.a.t. jobs is $64,000. Average s.w.a.t. salaries can vary greatly due to size of agency, location, experience and benefits.

This salary was calculated using the average salary for all jobs with the term “s.w.a.t.” anywhere in the job listing. 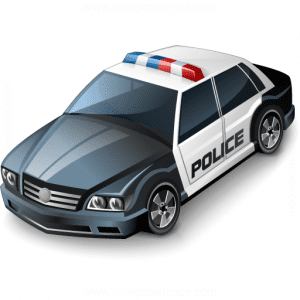