Do you  want to be a correctional officer either in the federal level, state, county or local level?

If you didn’t already know the corrections officer written exam was designed to evaluate one’s ability to perform the job effectively through varies scenario questions. A correctional agency does not want to hire someone who is short tempered, can’t communicate, or is unable to write an incident report.

Initially, the corrections officer exam was designed to filter out those individuals who wouldn’t make good officers using a system of basic scenarios, but the test has gotten tougher.

One thing that you must  know about the corrections officer test is the exam consists  of  eight major test categories. Each section of the test combine to make up your total score. So it’s very important to do your best on every category including the memory recognition and the reading comprehension section.

Here’s one sample question that you may see on the detention officer exam. Make sure to read the instructions and questions carefully before selecting your answer.

Directions: In this section, pairs of statements are presented which describe the same event or procedure.  For each pair of sentences, determine which one provides the most useful, detailed information in describing the event or procedure. Mark your answer (A or B) on the answer sheet.

A. A customer at the ATM machine on 12th and Euclid was robbed at gunpoint today by a masked man. In addition to being robbed of $250, Julie Montrose, 20, was beaten with a gun. She is in fair condition.

B. A young woman was robbed at 8:00 this morning at the new ATM station on Euclid Avenue. Her face was badly bruised and she received a concussion as a result of the beating she received by the gunman.

Answer: The correct answer is option A because it provides more useful and detailed information about the incident, such as the location, the people involved, and what happened. 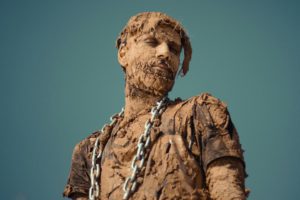