States With The Highest Salaries
For Police Officer

Being a police officer demands integrity, responsibility, knowledge, patience, and more. But just like any other profession, where you live will determine how much you get paid. For example, school teachers in New Jersey earn more than those in South Dakota. This brings us to the question, how much does a police officer earn in the US?

According to the bureau of labor statistics (BLS), a police officer earns an average of $61,270 per year ($29.45 per hour). The states that spend the least on law enforcement are concentrated in south and mid-west while those that spend the most are on the Northeast and West coast. Let’s look at police officer salary by state.

Police officers in the Northern States receive larger paychecks – well above the national average. Here is a rundown of the highest paying states (Read highest paid police departments in Florida).

According to BLS data, a police officer in Oregon earns $65,890. The highest paying region is Salem, Oregon. Here the officer of the law earns $69, 440. Generally, the salary depends on many factors like certifications, additional skills, level of education, and the number of years spent in service. It’s estimated that police officers in Oregon earn $32.11 per hour (47% above the national average). Breaking it down, the patrol officers at Medford, Oregon are paid between $51,738 and $68,654 depending on rank.

Officers receive an average salary of $69,140 per year. Those working around the New York Metro area earn about $77,000 p.a. The highest-paid regions are Suffolk and Nassau counties where a police officer earns $97,910. According to WalletHub, NY has the 5th highest number of law enforcement officers in the country. When a police officer remains in the job for more than 5 years, he gets a steady growth in pay. Apart from salary, being a police officer in New York comes with many perks and benefits. The package includes paid sick leave and retirement funds. On the other hand, compensation includes holiday pay, longevity pay, and uniform allowance.

The average salary for an officer in Illinois is $69,910. Compared to the rest of the state, those in Elgin Metropolitan area receive a higher salary of $75,270. Those in Cook Country area receive even more. After graduating from Cadets, the starting salary of an officer is $57,708.

A police officer receives an average salary of $71,330. Officers in Henderson, Paradise, and Las Vegas receive $76,000. This means that all law enforcement officers are above the 70,000-mark (more than 21% of the national average). A top-level police officer earns $95,510 while a senior level officer earns $85,050. This depends on the level of education, skills, and number of years in the profession. Unfortunately, Nevada has the highest rate of assault per capita.

The average salary of officers who work in the state’s capital is $72,000. Forces in metro areas like Alexandria, Washington, and Arlington earn an average of $68,000. According to WalletHub analysis, the state has the highest number of officers per capita. Other than that, it has a high rate of assault. Washington DC offers the worst return on investment because of the high crime.

A police officer in Washington earns an average salary of $74,170. The highest paying regions are Bellevue, Seattle, and Everett where an officer of the law receives $82,120 (more than the national average). According to BLS, Washington has the lowest number of enforcement officers per capita.

Officers across the state make an average of $77,230. This puts Alaska in 3rd place in the US. Nationwide, there are about 700,000 officers including detectives, correctional officers, and criminal investigators. Being America’s last frontier, those working in northern non-metro areas earn $81,890. Most police officers are required to graduate from the police academy and have earned criminal justice degrees.

New Jersey is a crowded state. It’s located close to New York and business hubs. On average, a police officer earns $89,160. Those in the Trenton region earn $90,980 which is slightly above the statewide average. Top-level police officers earn $123,890 while senior-level officers earn $105,490. Officers at a starting level earn $45,370 while junior-level police earn $59,050 per year. An officer of the law earns more in Oakland, Alpine, Howell Township, and other non-metro areas.

California has one of the highest paid police departments. An officer of the law earns an average salary of $93,550 (52.7% higher than the national average). In Sunnyvale, Santa Clara, and San Jose, police officers earn $114,520 per year. It’s worth mentioning that the cost of living in California doesn’t come cheap. Some of the highest paying police jobs in California can reach up to $138,970. 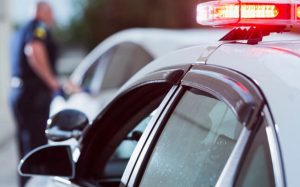 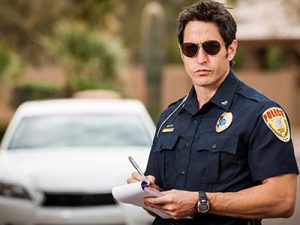 Easiest Police Department to Get Hired 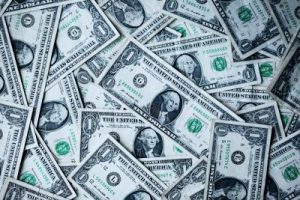